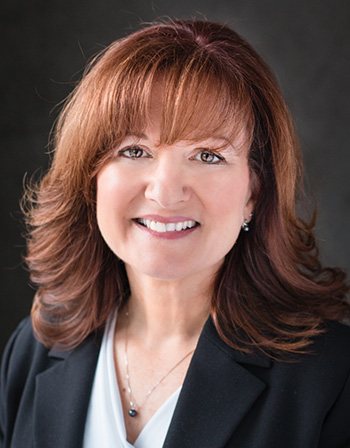 Teresa G. Donnellan is the managing partner of DONNELLAN & KNUSSMAN, PLLC. Attorney Donnellan is a graduate of Albany Law School and has been admitted to the New York State Bar since 1992. Ms. Donnellan commenced her career with the Legal Aid Society of Suffolk County wherein she worked for the Law Guardian and Family Court Bureaus. After leaving Legal Aid, she joined the law firm of Schoenberg & Associates in Saratoga Springs where she continued to practice in the areas of family and matrimonial law until 1996, when Teresa formed her own practice known as The Donnellan Law Firm. In 2008, DONNELLAN & KNUSSMAN, PLLC, was formed when Attorney Donnellan and Attorney Amy J. Knussman became partners. DONNELLAN & KNUSSMAN, PLLC continues to represent clients in the areas of family and matrimonial law, both in litigated court proceedings and collaborative law matters. Teresa has been a member of the Saratoga County and Warren County Attorney for Children panels throughout her career in the Capital District and served as the Saratoga County Attorney for the Child Liaison.

Teresa is an active member of multiple area organizations such as: the American Bar Association, New York State Bar Association, the Saratoga County Bar Association, the Women’s Bar Association, and the Collaborative Divorce Association of the Capital District. She has been mentioned twice in the Saratoga Business Journal for her work with the Collaborative Divorce Association of the Capital District. Teresa is a former member of the Board of Directors for the Open Arms Adoption Agency. She has had the honor of being requested to speak to foster parents at Northeast Parent & Child Society regarding the role of Attorneys representing children in Foster Care, as well as SUNY Albany students earning a Master’s Degree in Social Work concerning the role of Attorneys for Children and the New York State Court System, and to members of the local bar association with respect to ethics and the field of matrimonial law.

Attorney Donnellan continues to mentor students from Albany Law School who desire to learn about the field of Matrimonial and Family Law.

Super Lawyers has recognized Teresa as among the top 5% of attorneys in New York State in 2015 and 2016. They are selected through peer nominations and evaluations along with third party research. Super Lawyers is a research-driven, peer influenced rating service of outstanding lawyers who have attained a high degree of peer recognition and professional achievement.