Board Position:
Director of Marketing 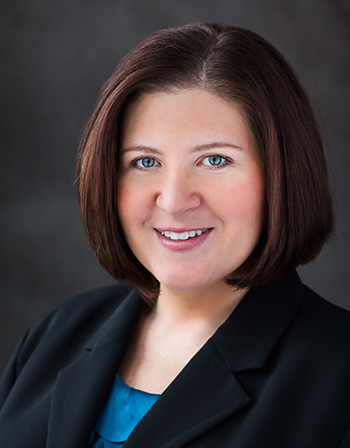 Sarah I. Wood, Esq. joined Donnellan & Knussman, PLLC in January, 2013. Sarah is a graduate of Albany Law School, class of 2008. She was admitted to practice in both the New York and U.S. District Court Northern District of New York bars in 2009. Sarah has appeared in local and state courts. She has handled family and matrimonial matters, personal injury matters, civil litigation matters, as well as criminal cases. Sarah has also engaged in appellate work and has successfully argued before the New York State Court of Appeals. Sarah received her collaborative training in 2013 and has served as the Membership Director for the Collaborative Divorce Association of the Capital District, and is the current Marketing Director for this organization. She is also a member of Collaborative North.

Sarah is a member of the Saratoga County Bar Association, New York State Bar Association, Capital District Association of Collaborative Divorce and the Order of Barristers. She was also involved in Leadership Saratoga, class of 2013. She coached the 2010 Shenendehowa High School Mock Trial Team (County Champions) and has volunteered at the Saratoga County Animal Shelter Annex. Sarah is also the Saratoga County Young Republican’s Chairwoman and is a Committee Member for the Town of Ballston Republican Committee. Sarah’s undergraduate degree is in Journalism from Lehigh University. She grew up in Middletown, New York and currently resides in Ballston Spa, New York. Sarah practices matrimonial law, family law, collaborative divorce, criminal law and personal injury.

Super Lawyers has recognized Sarah as a Rising Star each year since 2013. Only 2.5 % of all attorneys in New York State are named to the Rising Stars List. They are selected through peer nominations and evaluations along with third party research. Super Lawyers is a research-driven, peer influenced rating service of outstanding lawyers who have attained a high degree of peer recognition and professional achievement.