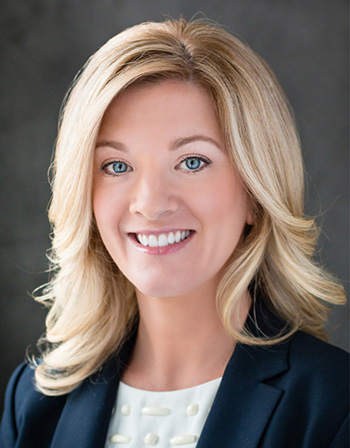 Amy J. Knussman is a partner with Donnellan & Knussman, PLLC. Amy is a graduate of Albany Law School and has been admitted to the New York State Bar since 2003. Amy’s career began at The Donnellan Law Firm in 2001, while she was still attending Albany Law. After many years of hard work and dedication, Amy and Attorney Teresa G. Donnellan formed Donnellan & Knussman, PLLC in January 2008. Amy focuses her practice in the areas of Matrimonial and Family Law and has been a member of the Saratoga County and Warren County Attorney for Children Panels since 2003. Amy received her collaborative divorce training in 2008.

Amy is an active member of the community and participates in organizations such as: the New York State Bar Association, the Saratoga County Bar Association, the Women’s Bar Association, Collaborative Divorce Association of the Capital District as well as Collaborative North. Amy is also a board member of Wellspring, a non-profit organization formerly known as Domestic Violence Rape Crisis Services. In addition to her board member duties, Amy serves on the Board Development and Property Committees.  She has had the honor of being requested to speak to parents at the Child Custody and Stress Prevention Program, formerly at Skidmore College, to caseworkers at Northeast Parent & Child Society regarding the role of Attorneys for children who represent children in Foster Care, and to SUNY Albany students earning a Master’s Degree in Social Work, concerning the role of Attorneys for Children and the New York State Court System. Amy has been mentioned twice in the Saratoga Business Journal for her work with the Collaborative Divorce Association of the Capital District and has provided pro bono services for clients through the Legal Project. Amy is a committee member for the Town of Ballston Republican Committee and is involved with the Saratoga County Republican party.

Amy was the recipient of the Legal Project's 2012 Brigid Nolan Memorial Award. This award is presented to an attorney who, through his or her dedication and pro bono service with The Legal Project, has helped a victim of domestic violence to begin life anew.